As the story goes, Burton closed his eyes and randomly placed his finger on a map of North America and landed on Thunder Bay.

Magnus Theatre was conceived in 1971 when British director Burton Lancaster had the idea to create a new theatre company in Canada. Lancaster knew he couldn’t build his thea 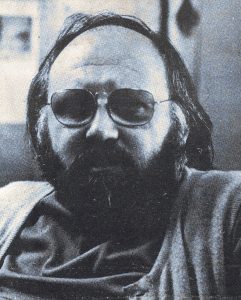 tre in just any city – there were certain requirements that had to be met. With a population of over 100,000, a burgeoning economy, a healthy arts community, and no existing professional theatre, Thunder Bay was the perfect place for a new company.

He called the company Theatre Northwest and began by touring shows to local schools using actors from Lakehead University and Confederation College. The company did not yet have a space of its own, so performances were often held in various venues around town, some of which were dilapidated and crumbling.

One night, Lancaster came across the old Slovak Hall for rent on the corner of McLaughlin and Connelly in the city’s east end.  Although it was run down, it had charm and enough space to house the stage and essential facilities. Led by his vision, and supported by the tireless efforts of dedicated community members, Lancaster soon transformed the tiny old venue into a 181-seat theatre that was to become a cornerstone arts organization. He changed the name to Magnus Theatre Northwest, the official name of Magnus Theatre today. For three decades, Magnus Theatre occupied the building at 639 McLaughlin Street in Thunder Bay’s east end. 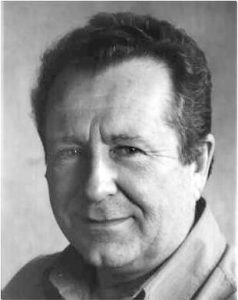 There were many others who shared Lancaster’s vision and played key roles in the development of Magnus. With the help of Dusty Miller (the first Chair of the Arts and Heritage Committee of Thunder Bay and former Mayor) and Carol Bell (a former Hillcrest High School drama teacher), a citizen’s coalition was formed and Magnus Theatre was officially established in 1972.

By 1977, Magnus was supported by the Canada Council for the Arts, Ontario Arts Council, City of Thunder Bay, local businesses, theatre patrons, and private donations. It became the only professional theatre company between Winnipeg and Sudbury, and it remains so to this day.

Building upon Lancaster's initial vision, each successive Artistic Director has taken the Magnus reigns and strengthened the theatre's local and national profile. From 1977 to 1982, Tibor Feheregyhazi created a community-focused company and built the local audience base for mainstage productions. Following Tibor, Brian Richmond took over from 1982 to1987 and established a high national profile for Magnus by producing new Canadian plays. Other theatres subsequently produced many of these plays across the country, firmly placing Magnus on the Canadian professional theatre map. In 1987, Michael McLaughlin took over and shifted the focus back to the community as he further established the local audience base. McLaughlin also initiated the successful Theatre in Education program to further develop the strong ties that Magnus and the community share.

In the early 1990s, it became obvious that Magnus was outgrowing its McLaughlin Street home. The need for a larger space and improved facilities inspired a search for a new space to house the entire operation under one roof. After vigorous fundraising efforts and a partnership with the Coalition for Waverley Park, Magnus moved to its permanent home in the Waverley Park Heritage Conservation District. A brand new 250-seat theatre auditorium was constructed, complete with a vast fly tower, and attached to the historic Central School that houses Magnus’s administrative offices today. The 2001-2002 season kicked off in the new space just in time to celebrate Magnus’s 30th anniversary.

Magnus Theatre is proud to be the steward of the historic Central School that dates back to 1884. It was the first school in the City of Port Arthur. The stricture was built when two acres of Waverley Park land were granted by the Crown to the Public School Trustees. For over 80 years the school educated thousands of local children, many of whom are today’s community leaders.

The Central School is a designated heritage property under the Ontario Heritage Act, and Magnus Theatre is responsible for protecting the structure’s heritage features.

Over the past several years, with funding support from patrons, the City of Thunder Bay, and the Department of Heritage, Magnus has made significant improvements to the Central School’s building envelope and select cultural heritage features. A new roof was installed on the building in 2019, and additional work is planned to protect and restore this historic landmark.